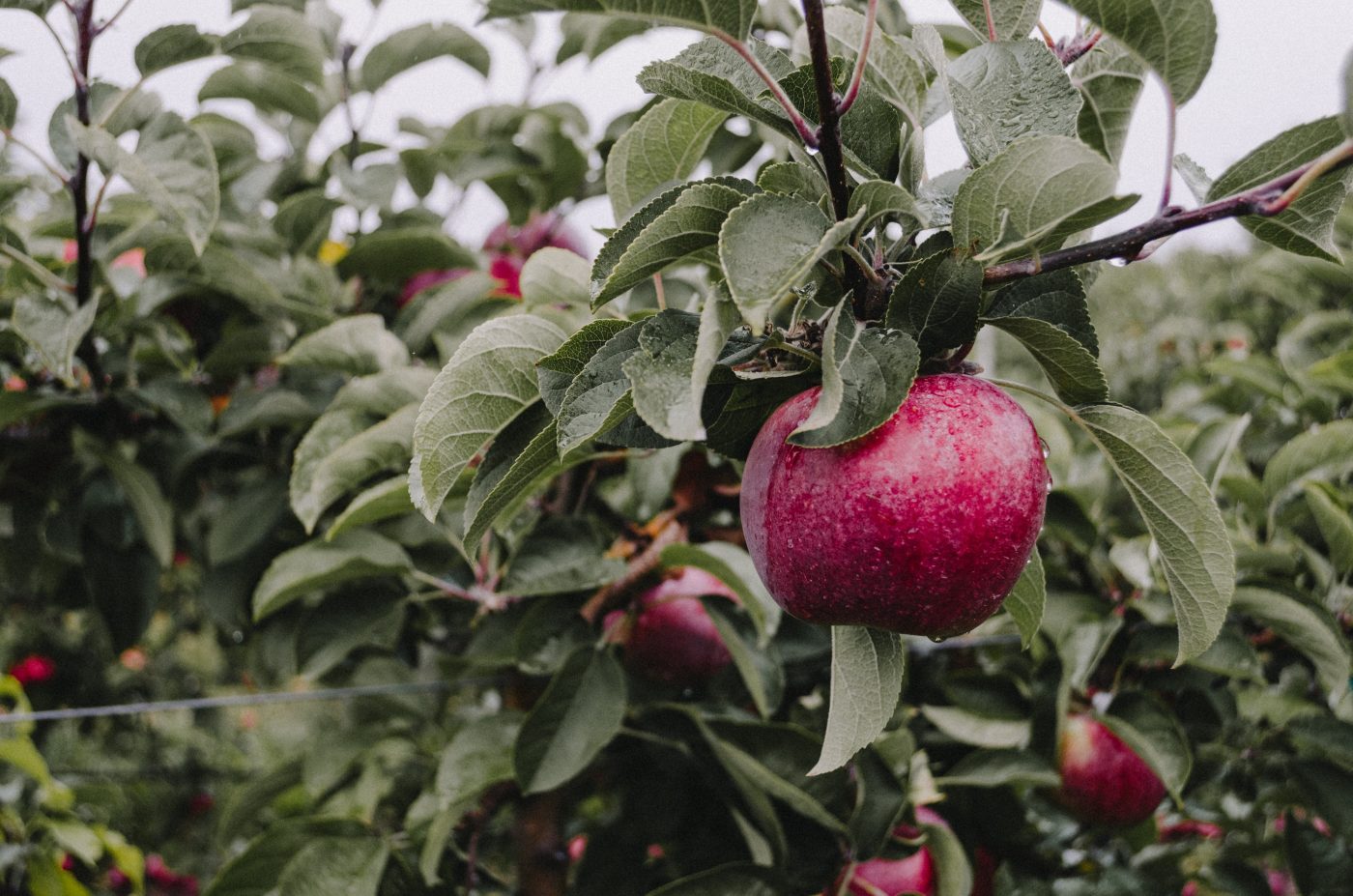 “Under the leadership of new Executive Director Jay Collier, (Vermont’s) Regional Educational Television Network (RETN) has undergone a remarkable evolution – from a disorganized and poorly defined organization into a quality public education station with ambitions to become one of the country’s best educational access channels.”

The Education of Channel 16

If you believe NYNEX celeb Mary Alice Williams, there will be a time when students in Chittenden County chat with Inuits in Good News Bay, Alaska. … When Vermont classrooms ride the information highway, cybersages predict, it will take students to all parts of the world, to meet new friends and learn new cultures without ever leaving Vermont.

Until that happens — and it may not be too far away — Chittenden County must deal with other, more vexing, broadcasting issues. …

“Educational access channels must include all kinds of education,” says [Channel 17 director Lauren-Glenn] Davitian. “Not just the public schools.”

Adult education, preschool education, religious education, Davitian says, are a few of the interests the board must represent. “The public schools have enough to do.”

That’s why they hired [Jay] Collier, 34, who officially started his job on Monday. Collier expects — and is expected by the board — to transform RETN’s first-year endeavor into a full-fledged public access station. That means budgets, financial reports, community outreach, an advisory panel, and a programming newsletter. With an impressive career in public broadcasting — Vermont ETV, WGBH in Boston, and PBS — Collier is charged with shaping Channel 16 into an educational station that serves the community and the schools…

School information screens are fading from Channel 16, which is turning to live programming, and eventually to locally-produced programs.

After a few start-up bumps that included squabbles over how money deducted from cable subscribers’ bills should be spent, Channel 16 has hired its first full-time executive director. Jay Collier is committed to providing full-time programming for the state’s largest cable-satellite network consortium, the Regional Educational Television Network.

“We’ve started carrying international new broadcasts, live feeds from NASA coming from the shuttle and programs from the Mind Extension University, which is a consortium of universities,” said Collier, who came from Boston’s Public Broadcasting System station. “Instead of screens, I would like to see them become more of an almanac of Champlain Valley history or information about people and events”…

A Big Wave for Channel Surfers

Looks like Jay Collier, the new executive director of the Regional Educational Television Network (Adelphia Channel 16) is off to a good start. Vermont Times just received RETN’s premiere newsletter and it looks great. …


The Regional Educational Television Network is expanding. … The network is allowing degree-granting colleges, state-recognized private schools, town and union public school boards in its service area to join as organizational members. A new category of representative membership has been created for independent scholars. …

… When Jay Collier was hired eight months ago, RETN (Adelphia Channel 16) was tangled up in a local telecommunications squabble … Today, RETN has new by-laws, a brand new mission statement, a new accounting system and several new board members. …

“Our goal is to be as studioless as possible,” says Collier, “and to be out and around as much as we can.”…


Under the leadership of new Executive Director Jay Collier, the Regional Educational Television Network (RETN) has undergone a remarkable evolution – from a disorganized and poorly defined organization into a quality public education station with ambitions to become one of the country’s best educational access channels.

That is not to discredit RETN’s founders. Indeed, they seized an opportunity to provide much-needed programming and services to the local community. It took time for RETN, Adelphia Channel 16, to get its feet planted firmly on the ground. Indeed, the $140,000 the original board stashed away over the past two years will move RETN into their new media center sometime this month …

If you have Adelphia or Small Cities cable TV and haven’t stopped on the Regional Educational Television Network (RETN is on 16 on Adelphia, 9 on Small Cities), then you might not know that there is a whole world of learning out there.

In the course of the day you can see a show called “Israel Today,” hear some news from Lithuania and see a discussion of Latin America’s cultural history. … Just the kind of place to land when you think there’s nothing worth watching on 50 cable channels.

Just the kind of place to land when you think there’s nothing worth watching on 50 cable channels. — The Burlington (VT) Free Press

Jay Collier has been hired for the new position of Executive Director by the Regional Educational Network, Inc. RETN is the independent nonprofit organization which coordinates educational cable programs in northwestern Vermont for subscribers of Adelphia Cable Communications (on channel 16) and Small Cities Cable Television (on channel 9).

He previously held local and network posts in public television: he was promotion producer at PBS network headquarters in Alexandria, Virginia; video editor at WGBH-TV in Boston, Massachusetts; and promotion manager at Vermont ETV in Colchester.

He served on the nominating committee which reformed Vermont Public Radio’s Community Advisory Board.

Ever wonder why and how some things get on television and not others? Want to know why and how we get drawn into watching the tube for hours at a time? Ever feel like there’s more to the story? Want to learn more about using television as an educational tool at home or in the classroom?

Educators, parents, media professionals, and those interested in the positive use of media and technology will be stimulated by a full day of presentations and discussion at Demystifying Media: An Introduction, a media education seminar on Saturday, May 20, from 9:00 a.m. to 4:30 p.m. The community event, to be held at South Burlington High School, is being presented by RETN, the Regional Educational Television Network.

Topics to be explored include:

RETN is the independent, not-for-profit membership organization which coordinates community-based educational media resources on behalf of its members and residents in its service area. RETN’s program services are carried on Adelphia Cable channel 16 and Small Cities channel 9. Primary funding is provided by cable subscribers.

This media education seminar — the first of what is hoped will become a series — has several goals:

The seminar has been developed by Andrea Grayson, media studies instructor at Community College of Vermont, in conjunction with RETN executive director Jay Collier. Grayson — a freelance producer, writer, and educator — was a graduate of New York University’s School of Education and has been working in the television industry for nearly ten years, primarily in the area of educational television, including positions at Sesame Street and Channel One. Collier has held local and national positions in public and community media. He was previously a video editor at WGBH in Boston, producer at PBS in Washington, DC, and promotion manager at Vermont ETV.

The event is co-sponsored by Vermont Parent & Child Magazine and the Vermont Educational Cablecasters Association. …

The Regional Educational Television Network (RETN) will be moving into new facilities later this week to better serve Adelphia subscribers. The new Media Center will be located at 100 Dorset Street in South Burlington, in the office/retail building between Eastern Mountain Sports and the Century Plaza movie theater.

The location was chosen due to its convenient location beside a CCTA bus line and near interstate 89 exit 14. In addition space is large enough to provide services without taxing funding; and space was unfinished, so the staff was able to design a facility to fit RETN’s needs.

RETN’s program service on Adelphia channel 16 will be interrupted intermittently during the coming days in order to move satellite dishes, and video and office equipment. One of RETN’s program providers, Mind Extension University, will be carried full-time during periods of transition.

RETN is the independent, not-for-profit membership organization which coordinates community-based educational media resources on behalf of its members and residents in its service area.

For the next three months, the Regional Educational Television Network (RETN) will be offering local cable subscribers a “palette” of new programming, according to Jay Collier, RETN’s new executive director. “While we are building our organizational foundation,” he said, “we want to give our viewers a preview of programs which may appear on our upcoming schedule. We would like to know which they like best.”

RETN is the nonprofit organization which coordinates educational cable programs on channel 16 for Adelphia subscribers and on channel 9 for Small Cities subscribers. Until equipment is upgraded, programming may differ slightly between the two channels.

Over thirty viewers have responded to requests for feedback, according to Collier, most expressing support for foreign language newscasts from Mind Extension University (MEU), currently being cablecast on RETN/16 from 6 to 8 p.m. weeknights. “This is adult education at its best,” wrote Mrs. Jan Abbott of Essex Junction.

“Although we may have to drop MEU’s afternoon programs when they begin selling advertising in January,” said Collier, “we will find another satellite feed for these popular programs in French, Spanish, and German.”

RETN is also carrying live and prerecorded staff development and community education policy-setting cablecasts. For kids at home on holiday, Electronic Field Trips from the Fairfax Network will be aired in blocks on Columbus and Thanksgiving Days.

The Mass Learn Pike, a distance-learning service for kindergarten through grade twelve students, has been purchased on behalf of public schools in the region, but many of the programs may be of interest to adults, too. The overnight service from Mind Extension University will carry courses and resources for lifelong learners.

Several new options under consideration for RETN’s regular schedule will be available for a “test drive” through December at times when there is no special programming. In October, the live feed from NASA-TV — including news about current missions and space science — will be carried after school. International newscasts from the nonprofit Satellite Communications for Learning will appear in November. Programs in the Shamu TV series from the Sea World Education division will be aired in December.

At all other times, students from schools throughout the Champlain Valley produce RETN Almanac, colorfully-presented screens about people, places, and events in the local school community.

During this interim period, according to Collier, policies are being drafted for public comment beginning in late October. “We’ve drafted by-laws and are working on the program and operating policies. Now is the time to contact us if you want to participate.”