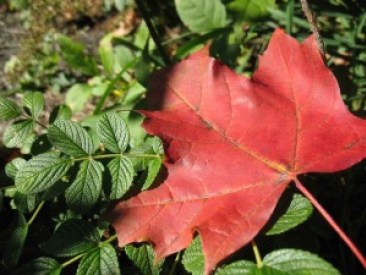 This afternoon, the wind whipped the leaves into wispy funnels that danced out around the woodpile and up the back hill, inviting us to come out.
I’d already selected two saplings — an oak and an aspen — up on Friendship Hill to transplant to the side hill, which we’ve stopped mowing. Even though they’d lost many of their leaves, there was evidence of a new year in buds hidden away on the branches. The sun appeared through the dark clouds for just a couple of minutes as I tucked the tap roots down into the new soil I’d prepared for them.
I’ve always felt comfortable in the liminal, at the edge between fall and winter, between loss and renewal, as life flows back underground awaiting the next growing season. It’s my season — the season I was born in — and I thrive in what others feel is an empty space. Maybe that’s one of the reasons I recently enjoyed watching a drama celebrating the natural ebb and flow in a small island community a ferry-ride away from Seoul. “Thank You” starts with the end of one life and the last scene, after 20 hours of narrative, hints at something important just emerging. The entire series is about the space between. Here in the U.S., we seem to avoid endings — even avoid thinking about them! — so natural re-emergence gets stuck in the muck. It felt good to see three generations, urban and rural, navigate through death and life.
The first time L. saw something that had died was during kindergarten. A blue jay, recently deceased, was lying in the grass. She asked about it and asked me to bury it with her. We brought it back to the pine woods up on the esker and, moving aside the soft needles, found a resting place for it. L. said she didn’t want to forget where it was, so we made a small sign, “Thank you for being part of our woods,” which still marks the place where we’ve buried the birds and mice that have made brief appearances in our lives. She’d learned, from us and at school, that everything eventually returns to the soil.
As I was refilling the empty holes up on the hill, thinking of the saplings adjusting to their new homes, I realized I’d also been reading about the liminal lately: William Dalrymple’s Nine Lives (thank you Art and Polly), Stewart Brand’s Whole Earth Discipline, Krishnamurti’s Think on These Things. I’ve always found myself between what has been and what could better be — on both sides of that unnatural boundary between avocation and vocation — but I feel less lonely in that role now than I did 20 years ago. Indeed, the wave of change is now well tended and the next phase already moving toward the mainstream.

As I was finishing my transplanting and pruning, I went inside, and L. had already started baking her favorite sponge cake with fruit icing. Now that she is able to cook herself, she only asked for some help putting the pan into the oven. I had to let go of that wonderful feeling of working together through every step: she’s now a 7-year-old, and proud to do it herself, thank you.
But she does notice my sorrow at losing the little girl, even as I’m excited about the new self that is emerging every day. She looks at me and asks, “Daddy are you crying?” I say yes, and let her know how I can be happy and sad at the same time, as today becomes yesterday and then yesterday becomes history. Later, she gives me a big piece of paper, with big letters, “Daddy, this is how much I love you,” and a heart that stretches to every corner of the page.
This was a year of many such losses, small and large, yet the most healthy buds of next year’s healthy growth are right there, ready to emerge, just waiting.

Wow, great reflection, Jay. Reading this post makes my mind spark with ideas about bellwethers, communities, human behavior, and the nature of experience and learning. Thank you for sharing some very compelling thoughts.